Several sinker pipes below large water ways such as rivers and channels are part of the service pipe network of Evides Waterbedrijf. Part of these sinkers are included in a monitoring programme, focussing on retaining the required coverage of these sinkers. By means of survey maps the sinker coverage is determined and potential shortages are ascertained.

Evides Waterbedrijf delivers drinking water to 2.5 million consumers and businesses in southwest of the Netherlands and industrial water services to several clients in the Netherlands, Belgium and Germany. Evides’ sinkers in southwest Netherlands that are included in the monitoring programme are surveyed on regular basis. The survey frequency varies between once per year and once every three years, occasionally several times per year. Every year a part of the sinkers is surveyed. Svašek Hydraulics processes and analyses these surveys.

By means of survey maps the coverage of the sinkers is determined, and can potential shortages be ascertained. Difference maps based on previous surveys give insight in bed level changes in the vicinity of the sinker, by which sinker coverage threats can be identified. Analysis of the survey and difference maps serves as basis for designing measures to guarantee the sinker coverage. These measures are determined in consultation with the client.

Based on the outcome of the sinker pipe coverage analysis it is determined whether the survey frequency (from the survey plan) still suffices. Where necessary, the frequency is adjusted.

Finally, there are regularly developments in the vicinity of the sinker pipes that may impact (the development of) the sinker coverage. Svašek Hydraulics assists Evides in such environmental management. 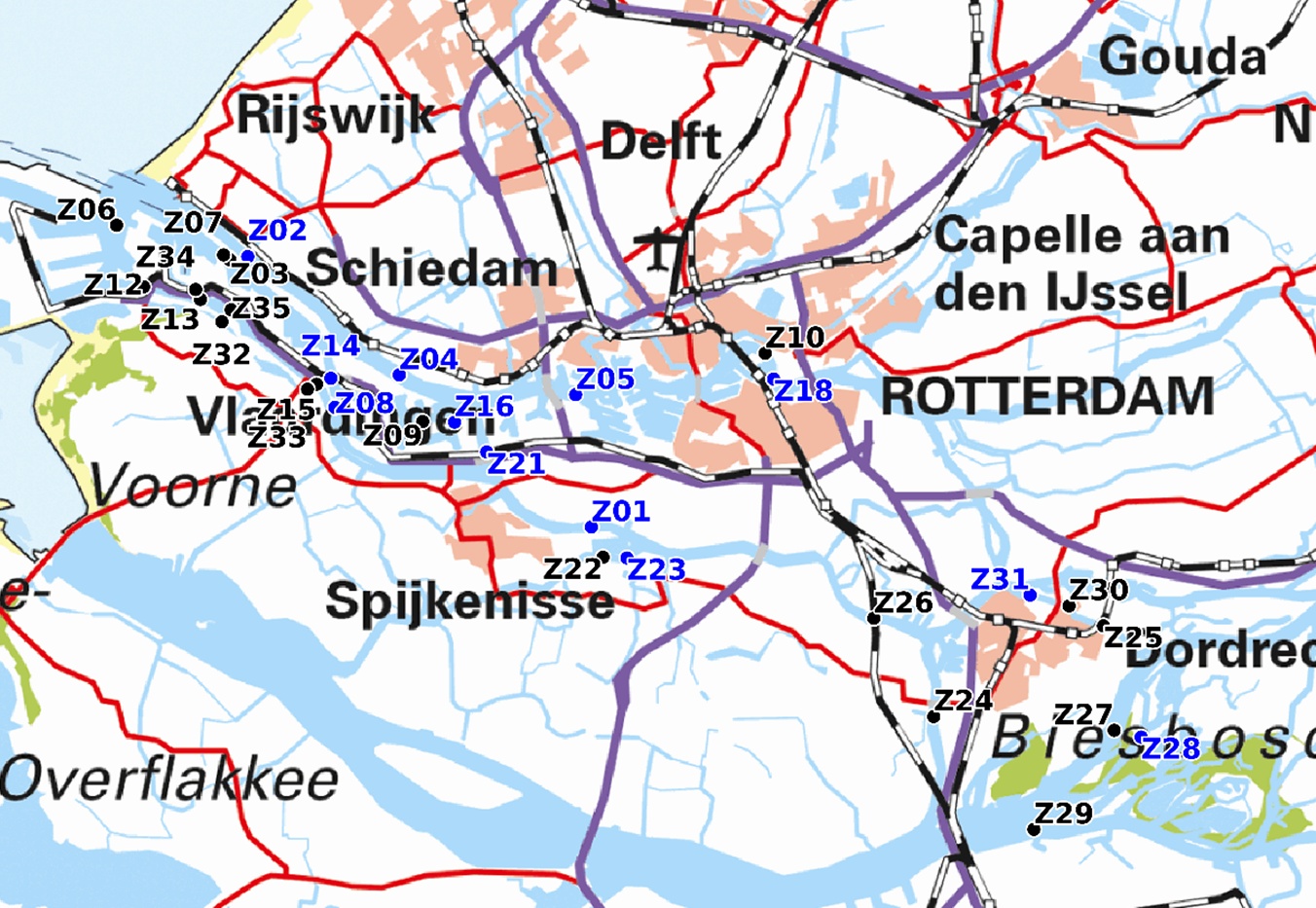