APM Terminals is constructing a new container terminal close to the existing port of Moín. In the design phase several morphological studies were performed pointing out two main spots of erosion; 1) close to the Moin rivermouth and 2) west of the terminals causeway.

The monitoring and mitigation plan, described in the Environmental Impact Assessment (EIA 2014), states that a corrective plan needs to be developed when the threshold of erosion of 600 m3/m is reached. This treshold was exceeded in 2016.

The Moin Container Terminal is located in a formerly stable embayed beach which is sheltered from NW waves by a small island and the harbor dams of the Port of Moin. Moin river flows out next to the existing port bringing a seasonally varying amount of sand into the system.

As a first step some empirical assessments of the coastline deformation in cross and alongshore direction are made. E.g. establishing the closure depth and the equilibrium coastline orientation.

Next different nourishment schemes for the erosion on the west side of the terminal were investigated with the process based morphological model FINEL. The most viable solution was modeled for a period of 20 years. 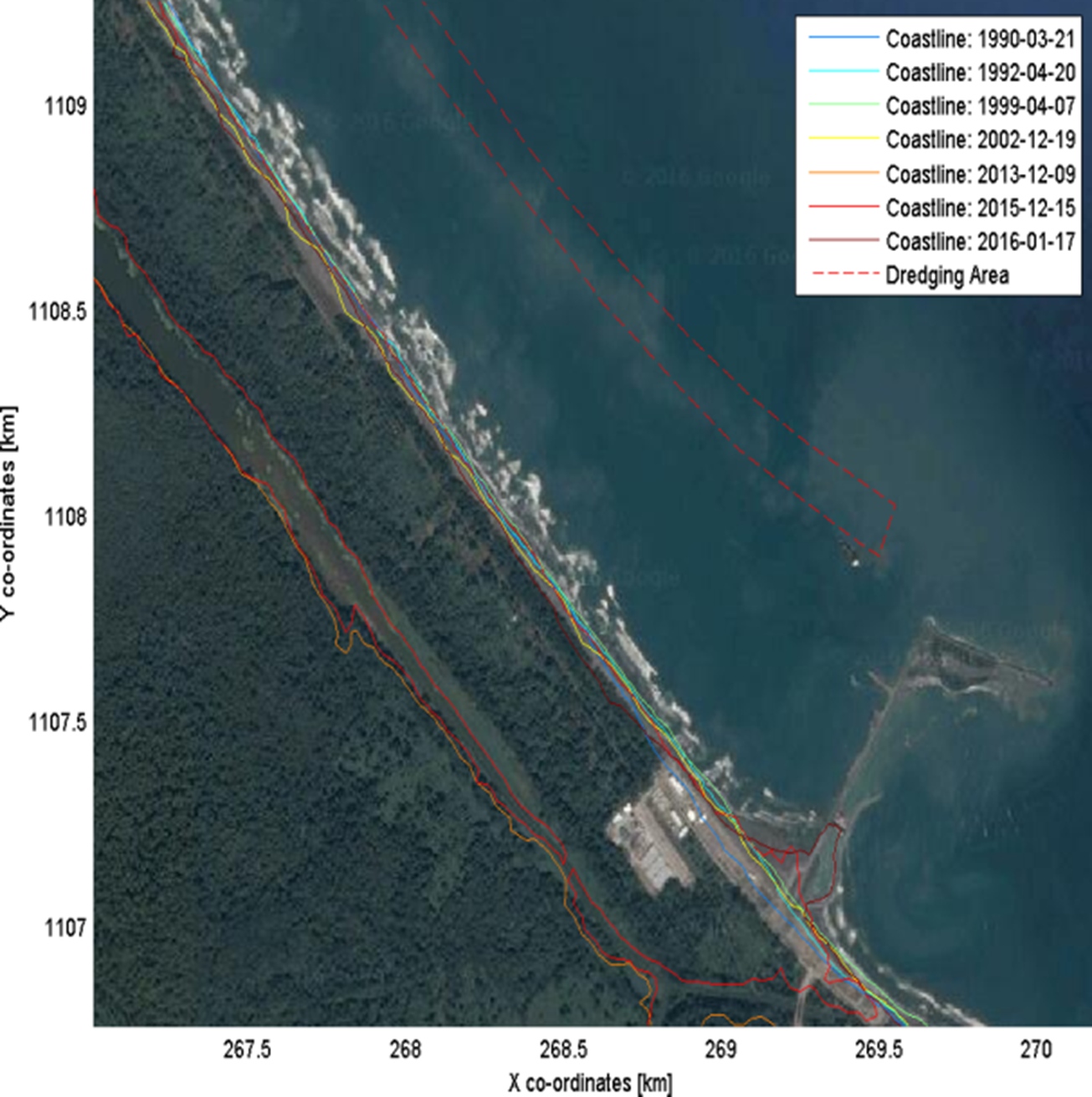