Home > Projects > Lowering of groynes and banks in the Pannerdensch Kanaal

Lowering of groynes and banks in the Pannerdensch Kanaal

Investigation of river-related effects in the design process

The Pannerdensch Kanaal is a crucial part of the Dutch water system, as the high water discharge distribution over the rivers Waal, Nederrijn and IJssel is determined at this location. To improve flow through the Pannerdensch Kanaal during high water, Rijkswaterstaat is lowering 35 groynes and 5 banks along the canal. Svašek Hydraulics has been commissioned by Ploegam B.V. to make an analysis of the river-related effects of the operation in the design process of the project. This is done in close collaboration with Tauw, Rijkswaterstaat and Deltares. Given the important role of the Pannerdensch Kanaal in the Dutch river system, the river-related effects (and thus the role of Svašek Hydraulics) have been of major importance in the design process. Besides a large number of WAQUA simulations, this analysis also includes a series of state of the art long-term (40 years) morphological calculations with the Delft3D Duurzame Vaardiepte Rijndelta (DVR) SMT model.

During the iterative design process calculations were made of the hydrodynamic effects with several discharges for each new design. The water level effects were determined with the help of the WAQUA Junction-points and Nederrijn-Lek models. The resulting water level drop was compared to the desired drop of 5 cm. Also, the validity of the designs for other requirements, such as flood safety was important in this process. The effect on discharge distribution over the branches, cross-flow (very important for shipping) and ice discharge was investigated for various conditions and design variants.

Subsequently, computationally very intensive morphological calculations of a period of 40 years were carried out with Delft3D, in order to include the effects of the operation on bed development in the summer bed and the effects of this development on the future discharge distribution in the design process. Finally, an analysis was made of the erosion and sedimentation of the banks and floodplains. All this has led to the development and approval of the Final Design. 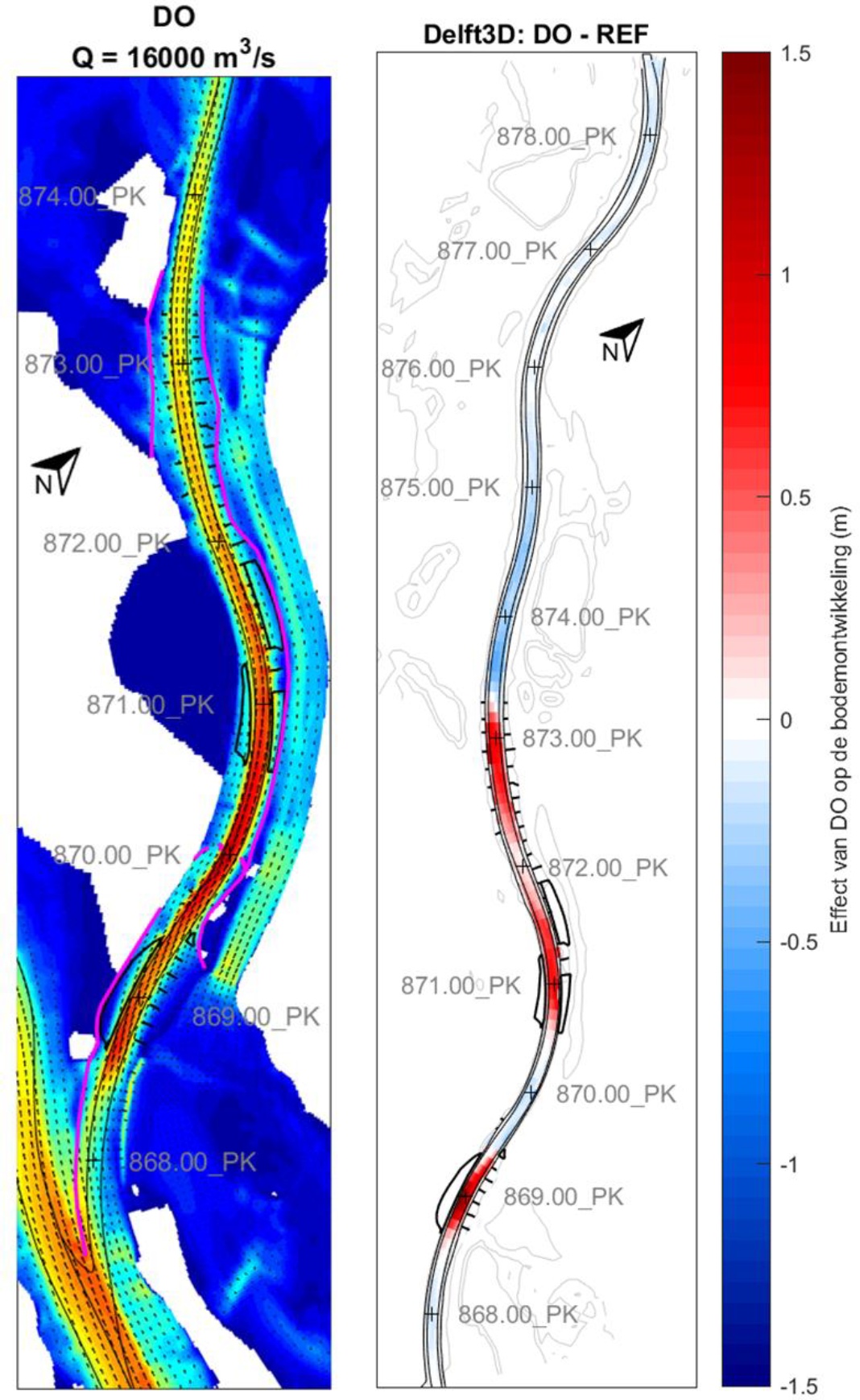