Upon request by Ingenieursbureau Gemeente Amsterdam (IB), Svašek Hydraulics investigated the occurrence of seiches in the Markermeer/IJmeer lake system which can impose limiting conditions on the flood defence of the Amsterdam city district of IJburg. This refers to the present as well as the future situation (after 2050), in which the lake’s winter level will probably be enhanced by approximately 30 cm to mitigate effects of climate change.

Phase 1 of this project included literature study as well as a quality assessment of research previously performed by Gemeente Amsterdam (IB) with respect to seiches near IJburg. It is concluded that the derivation of a limiting seiche-related water level surplus should be based upon limiting meteorological scenarios, rather than on conservative long-term statistics (which can be sensitive to measurement noise). Also, the physical mechanisms giving rise to seiches should be taken into account.

Next, Phase 2 encompassed a model research for a limiting and conservative water level surplus related to seiches, to which the flood defence system of IJburg must comply. The modelling campaign has been performed using FINEL, the “in-house” numerical Finite-Element flow model developed by Svašek Hydraulics.

The seiche surplus has been deter-mined based upon a wide range of promising meteorological scenarios (1,000 runs), which may involve an unfavourable combination of wind setup, seiches and waves. The FINEL-Markermeer model has been validated using two historical storm events. The influence of wind variations on seiches turns out to be far dominant above the influence of air pressure. Moreover, the limiting seiche event often occurs simultaneously with limiting wave attack.

Maximum seiche heights at IJburg are always found for a wind direction clearing toward 360° (and maximum wind setup is found for 30°). Based on HydraNL limiting wind speeds and a desired safety level of 1/833 year, the future limiting seiche-related water level surplus for IJburg (not including wind setup) is found to be 0.28 m. 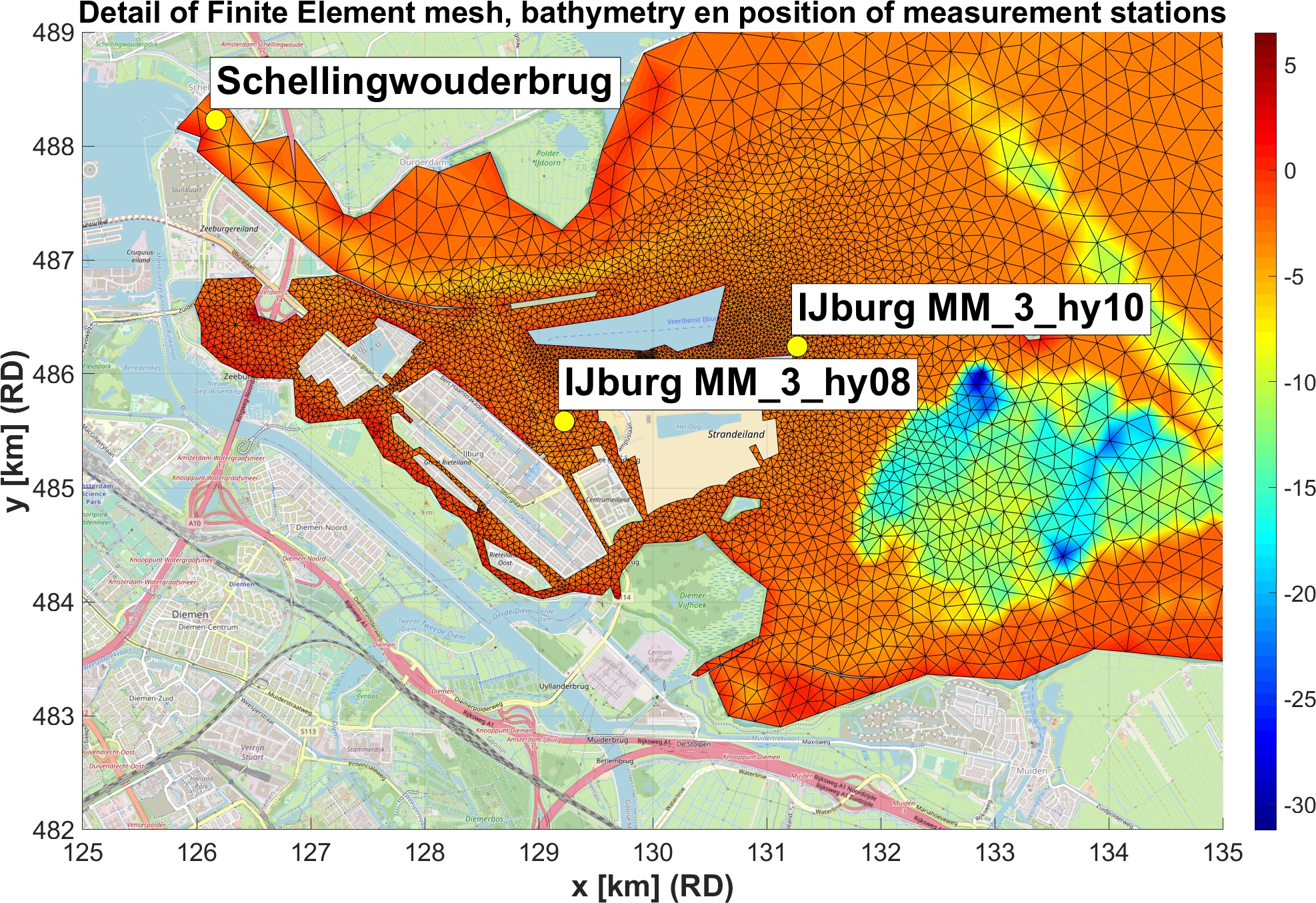 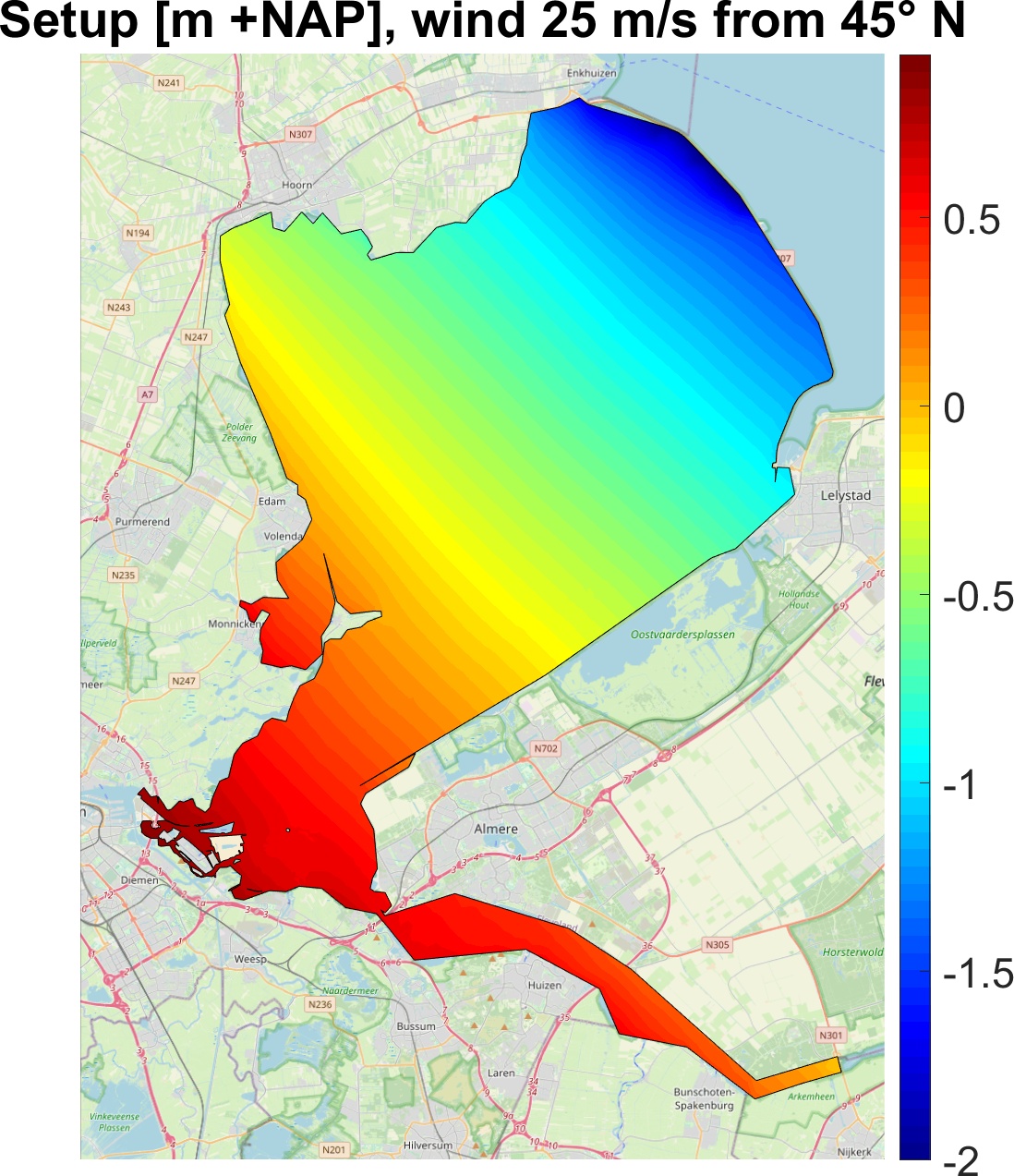 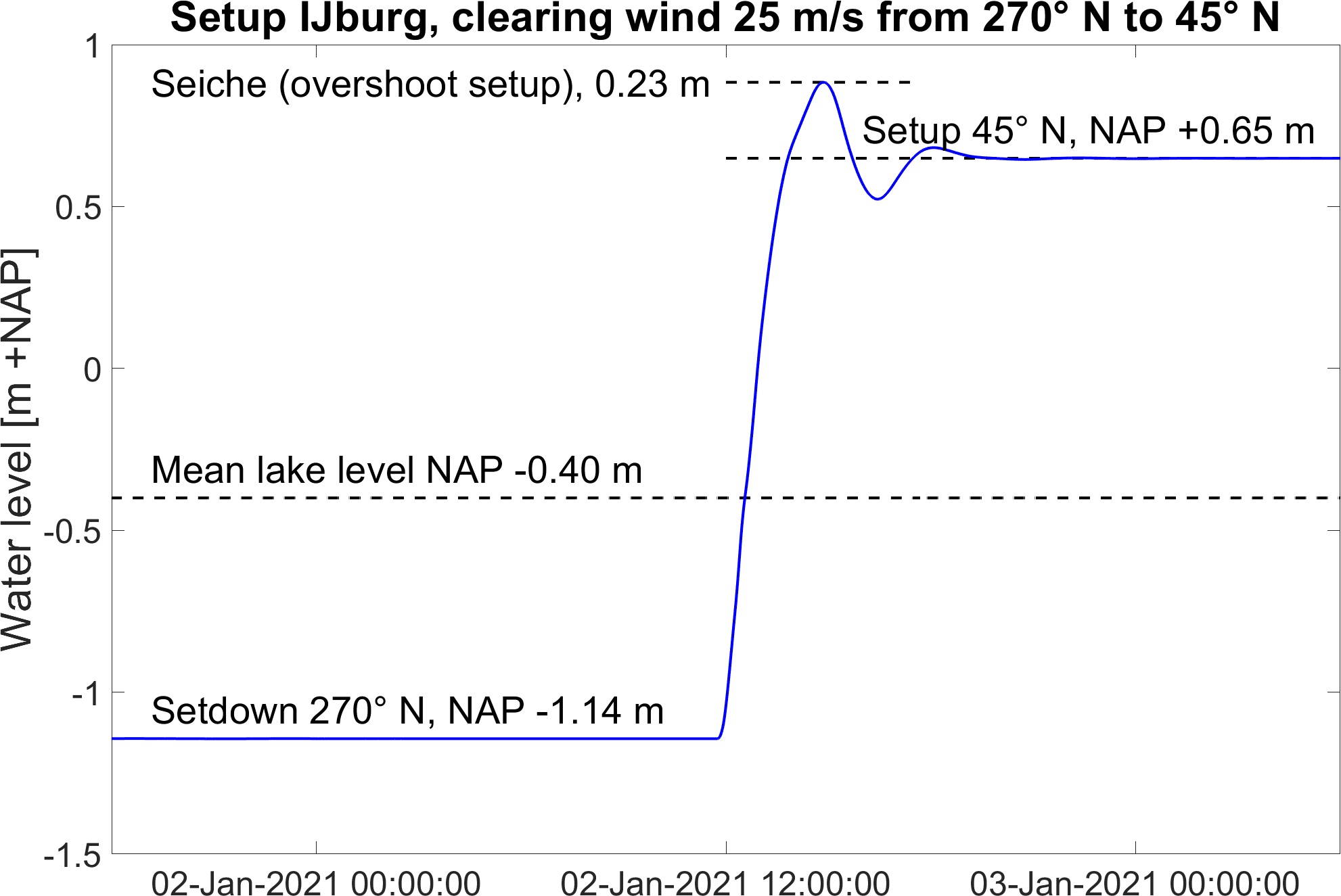