The harbour of Colijnsplaat currently provides shelter to pleasure yachts as well as professional fishing. The eastern part of the harbour regularly experiences wave conditions that are not comfortable for the moored vessels. Because the marina wants to expand and the current fishing jetty is due for replacement, the possibility of a harbour extension has been investigated. The harbour extension will mainly be intended for fishery activities.

Commissioned by the Municipality of Noord-Beveland, Svašek Hydraulics has carried out an exploratory study into the harbour extension of Colijnsplaat. The study included the following components:
1. Establish alternatives
2. Analysis seabed development
3. Wind and wave climate
4. Cost assessment

First, together with the municipality and Rothuizen Architects, two different alternatives for the harbour expansion are developed; one with a central entrance and one with an eastern entrance.

Next, the historical seabed development (1986 – 2018) of the western part of the Eastern Scheldt is analysed.

The wind climate is described based on 20 years of hourly wind data from the KNMI station Wilhelminadorp. Then, with use of the wind growth formulas of Bretschneider, taking into account the effective fetch length, the wave climate for the harbour entrance is determined.

Finally, the costs for both alternatives are determined. A distinction is made between basic costs (access road to harbour expansion area, extension of existing northern dam and shortening of existing eastern dam) and flexible costs (construction of harbour area and quay wall, dredging of new harbour basin, construction of shorter or longer new dam). 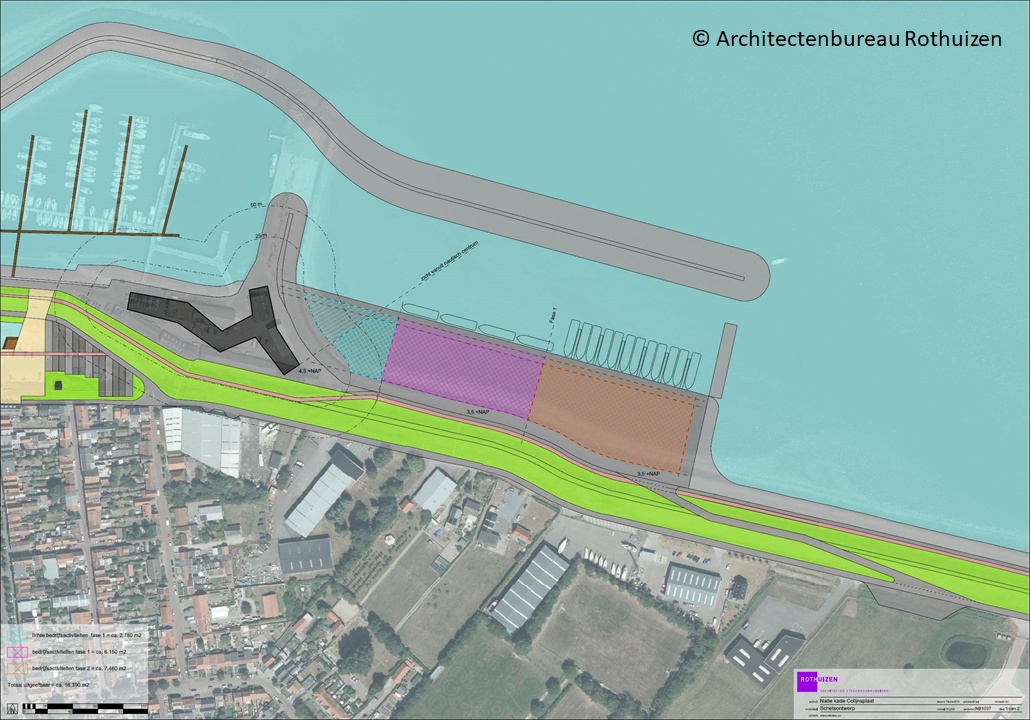 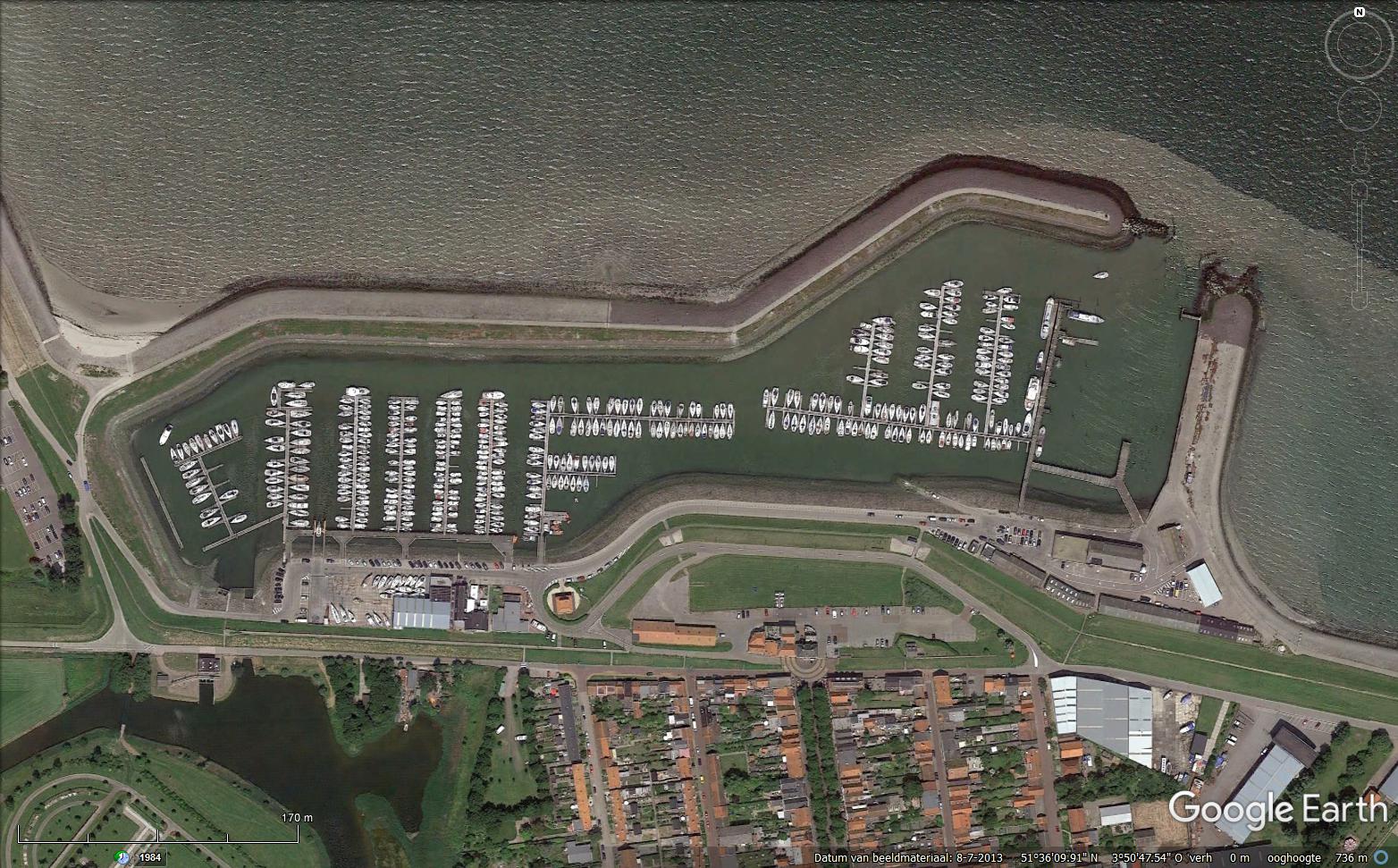 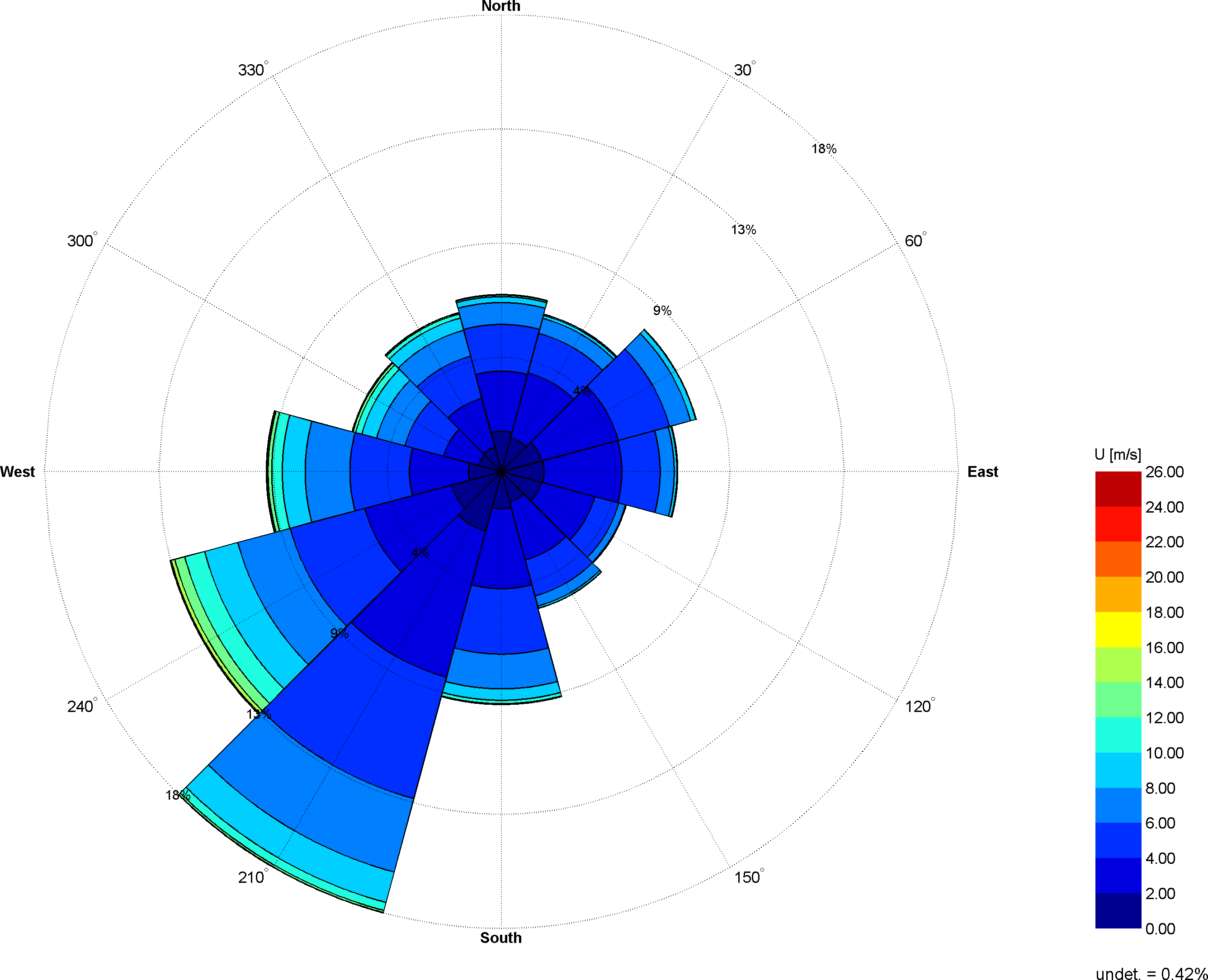