Discharge data (flow rates) of the major Dutch rivers are indispensable to daily water management, but also for conducting water management policy analyses, research on (ecology in) rivers and the set-up of hydrodynamic models (WAQUA and SOBEK). The flow rates, which are published by Rijkswaterstaat on websites such as waterinfo, are usually not measured directly, but are derived using water levels and so-called Qf relations. The relations used to date have been derived in 2009 and are based on outdated data and insights and are in need of replacement. Svašek Hydraulics has developed new Qf relations for Rijkswaterstaat for the Rhine branches Bovenrijn, Waal, Pannerdensch Kanaal, Nederrijn and IJssel on behalf of Ingenieursbureau Boorsma.

In principle, Qf relations are Qh relations: a flow rate belongs to a certain water level. However, reality makes this relationship more complex, due to the presence of hysteresis, weirs, but also due to trends over time such as bed level changes and construction of river works. Corrections are determined for all these factors.

The corrections are derived based on extensive model simulations with the WAQUA Rhine Branches model. In this project five 5th generation WAQUA model schematisations were applied: for the years 1995, 2003, 2011, 2015 and 2018. In this way, the time dependence in the presence of hysteresis, weirs and the effects of the bed level changes and river works over the years are taken into account.

Using these corrections, the data (1993-2018) have been homogenised: the effects of hysteresis, weirs and influences of bed level changes and river works were extracted. Subsequently, Qh relations were derived from the homogenised data. Finally, the corrections have been added to the new Qf relations with predictive capacities.

During 2020, the new Qf relations will be included into the Landelijk Meetnet. 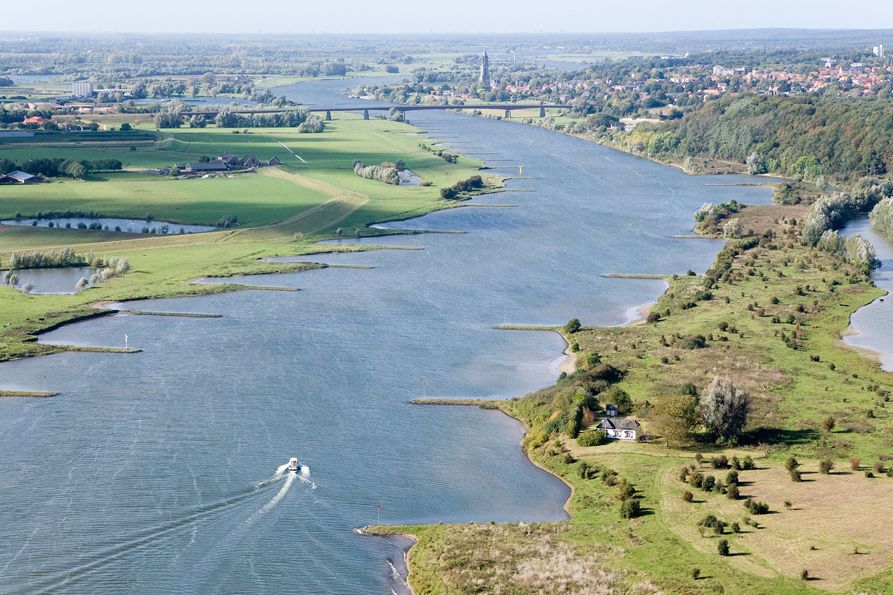 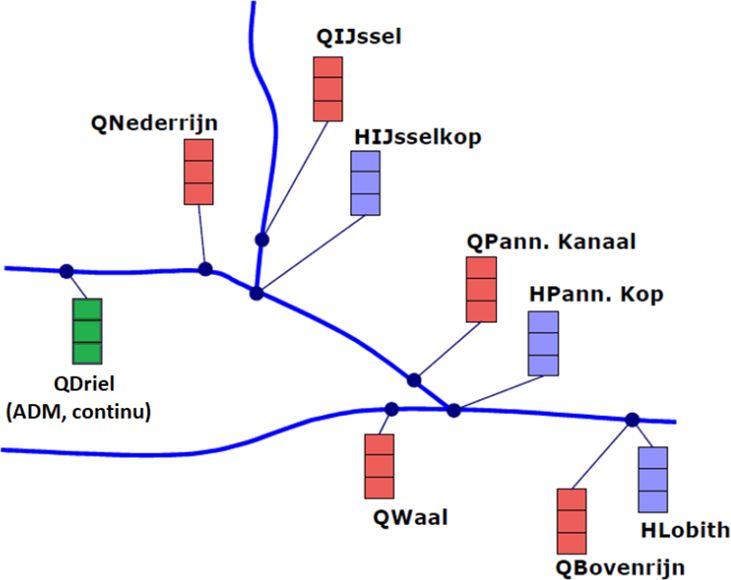 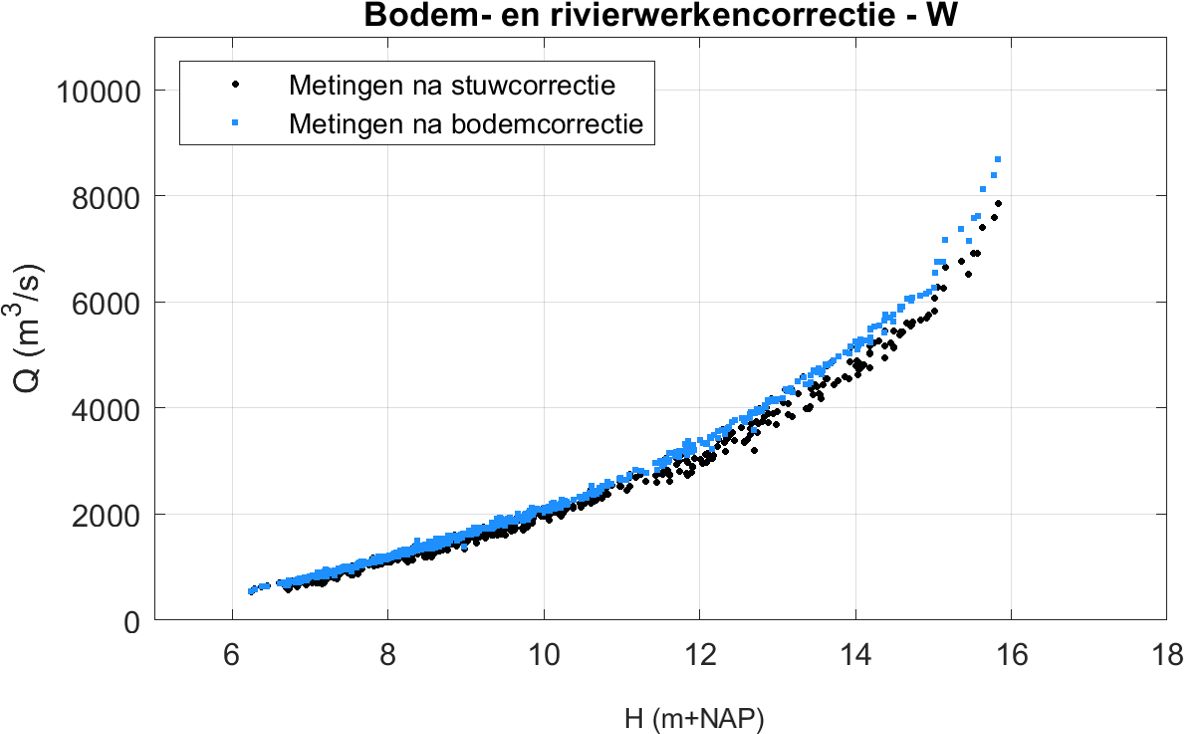