Prior to the execution of the closure of the sea defence of the Maasvlakte II with sand (closing about 510 ha of tidal basin), the feasibility of the successful work method was investigated. To assess whether the production capacity of the hopper dredgers would be large enough to cope with the cumulative erosion by the strong currents in the gap, the FINEL model was deployed. For this purpose a custom made sand closure module was developed in which the gap decrease in time was implemented using a polygon to describe the dam shape and the production rate only. With this module it was possible to obtain insight into the interaction between the closure gap area, current velocities, production rate and sand losses.

From the animation it can be observed that the sand body of the small closure dam is slightly growing from both sides, whilst the current is deepening the center of the gap. At the last time step presented the closure gap has become so shallow that the current velocity goes to zero and the gap is closed. The model was calibrated with the measured sand losses from the first closure in April 2012 (construction of compartment dam, closing about 270 ha of tidal basin). This appeared to perform fairly well for the closure operation of the main gap in the sea defense. 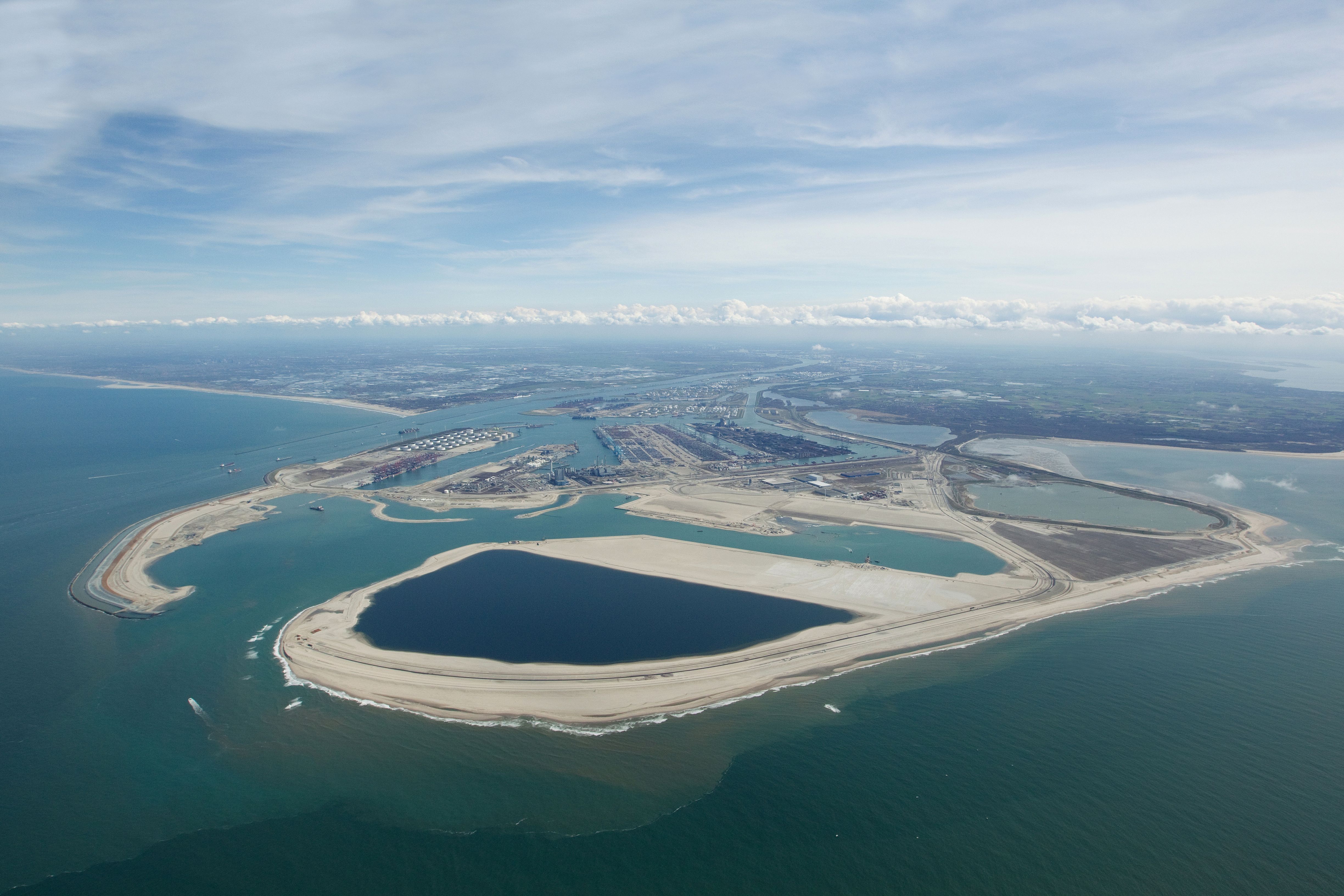 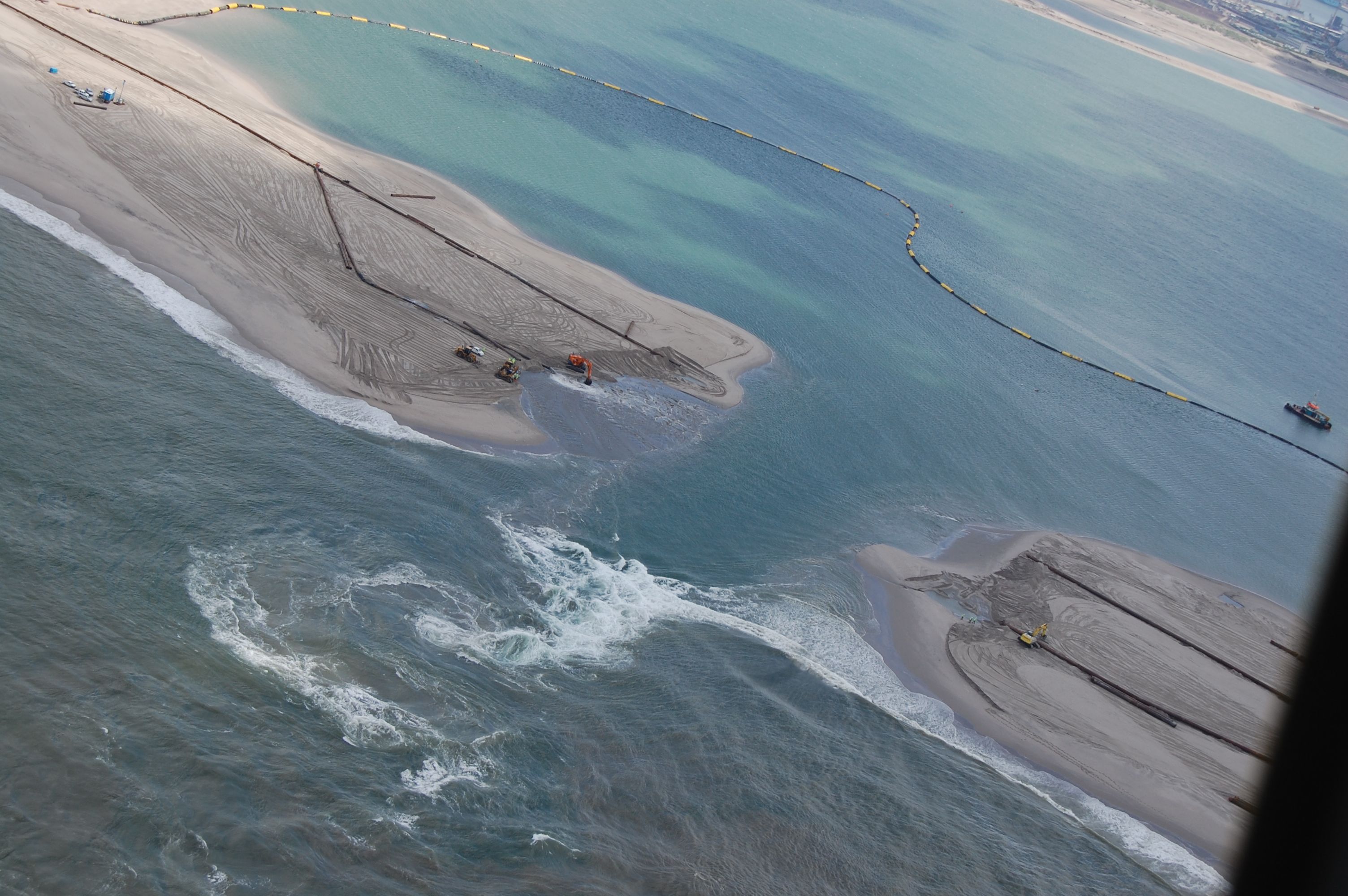