After the flooding of New Orleans due to Hurricane Katrina the judge found the US Army Corps of Engineers responsible for part of the damage caused by Katrina.

The claim was based on flow and wave simulations which showed the impact of the Mississippi River Gulf Outlet (MRGO) on the Katrina flooding. These simulations were a joint effort by the Delft University of Technology and Svašek Hydraulics.

On the morning of August 29, 2005, Hurricane Katrina struck southeast Louisiana. Water rushed into New Orleans and flooded over 80 percent of the city. The levees and floodwalls adjacent to the Mississippi River Gulf Outlet (MRGO) - the canal that connects New Orleans with the Gulf of Mexico - had failed catastrophically.

In order to get a better understanding of the flow dynamics of the surge event during Katrina, Svašek Hydraulics carried out FINEL numerical flow computations.
Various runs with different MRGO-configurations gave insight in the role that the channel played in this major flood. With these various MRGO-configurations also wave simulations with the numerical SWAN model were undertaken to decipher what the influence of the channel was on the waves in front of the levees.

The animation show the calculated maximum internal flooding depths in the St. Bernard bowl as a consequence of the breaches and overtopping initiated by hurricane Katrina. The time frame of the animation is 7 hours on the morning of August 29, 2005. 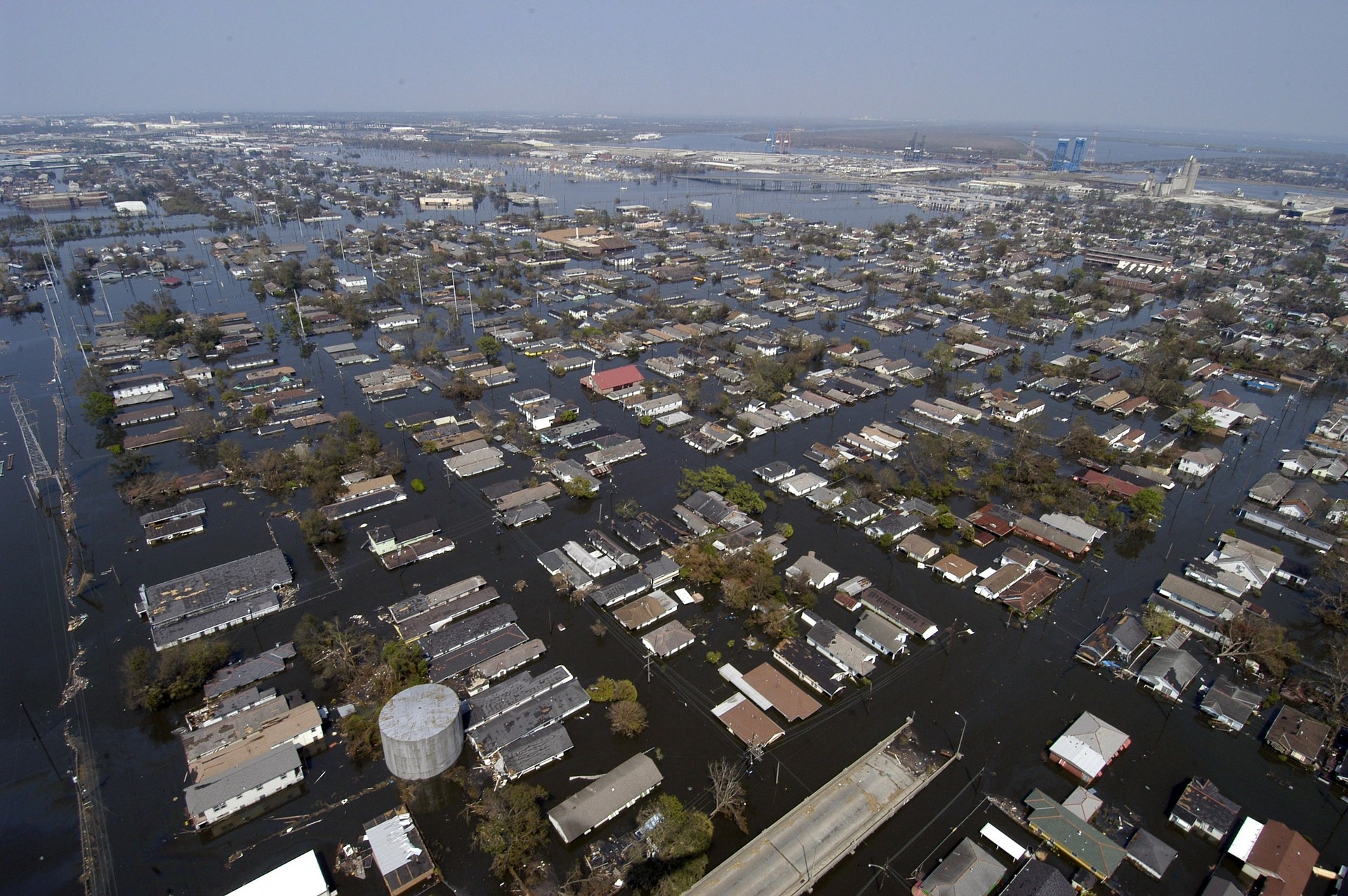