Home > About us > Management

Bram Bliek (1955) is the General Manager at Svašek Hydraulics since 1984. He joined the company in 1977 upon completion of his MSc work at Delft University of Technology. At Svašek Hydraulics he was intensively trained and skilled by Honzo Svašek. This resulted in his assignment as a Deputy Director in 1983, and as the General Manager in 1984. Since 2003 he also holds the position of Chairman.

Thanks to his education and training and a broad experience on many projects in many countries in more than 40 years, Bram Bliek has become a recognised expert in coastal engineering and hydraulic modelling. His expertise is based on a sound and practical understanding of the physical processes in surface waters and includes themes like tidal and river currents, wind wave and swell characteristics, seabed morphology, hydraulic structures and their environmental impacts, and the interactions between all of this.

From 2006 onwards, Lynyrd has gained experience in understanding the processes important in coastal engineering like currents, waves, morphology and transport of suspended sediment and salinity for projects in many countries worldwide. His experiences include 1D, 2D and 3D simulations, numerical model development and survey measurements. Starting from fundamental knowledge of the governing processes Lynyrd aims to give sound advice applicable for real world coastal problems. The combination of developing and applying numerical flow models makes him strongly aware of the power and limitations of models. 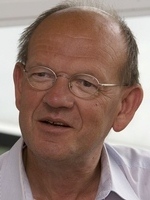 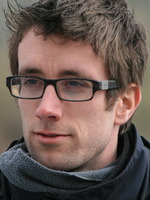