Home > About us > Company history

Svašek Hydraulics was founded in 1969 by Honzo Svašek (1926 - 1994). Born in Czechoslovakia, Honzo became a scientist at Rijkswaterstaat in The Netherlands after his MSc graduation at Delft University of Technology in 1955. Since 1984 Bram Bliek is the General Manager. In the nineties Svašek Hydraulics was a part of Ingenieurs- en Architectenbureau De Weger BV in Rotterdam, a company that was taken over by Royal Haskoning in 1998.

In 2003 Svašek Hydraulics and Royal Haskoning agreed on a management buy-out. Since then, Svašek Hydraulics is a fully independent management owned consultancy firm, free from any consultant, contractor and/or scientific institute. From our Rotterdam based office on the quay of the river Nieuwe Maas we operate in our home country and in many other countries worldwide. 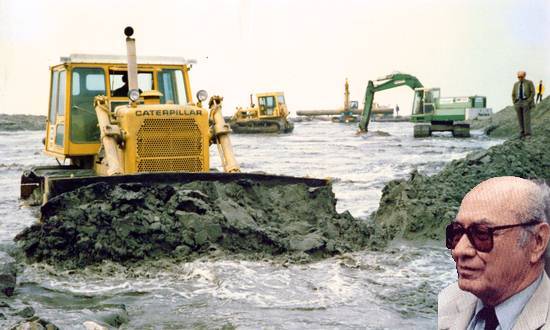