To emphasise their gratitude they offered Svašek Hydraulics a collage of the official Dutch outfit, signed by all sailors and coaches.

For the Olympic Games of 2016, in Rio de Janeiro, the good teamwork between the Dutch Olympic Sailing Team and Svašek Hydraulics will be continued.

The Dutch Olympic and Paralympic Sailing Team has won two gold, one silver and two bronze medals during the London 2012 Olympic Sailing Competition!

The current forecasts of Svašek Hydraulics are included in a news item the Dutch television network RTL4 has dedicated to innovation in sailing in their main news broadcast, and how it may contribute to Olympic success

Queen Beatrix of The Netherlands will on 11 July give the official starting signal for the closure of the seawall of Maasvlakte 2. The operation will permanently change the outline of the Netherlands. The Rotterdam port will increase 20 percent in size and the Dutch coastline will move about 3.5 kilometres further out into the North Sea. The total length of the Maasvlakte 2 seawall is 11 kilometers.

The Maasvlakte 2 project is an extension of the port of Rotterdam, which will see the construction of a new port and supporting infrastructure on about 2,000 hectares of reclaimed land next to the existing Maasvlakte, an earlier extension of the Netherlands' biggest port.

Since 2006 Svašek Hydraulics is involved in the design process and construction aspects of Maasvlakte 2.

The Dutch government gave green light for the reinforcement (only by the use of sand) of the weak links in the sea defense of the Dutch province Noord-Holland. For this reinforcement a total amount of € 250 million is available. The Hondsbossche en Pettemer Zeewering is part of the North Sea coast with design wave heights of more than 10 meters.

Svašek Hydraulics has reached an agreement with the Dutch taxation authorities on a reduced tax rate because of its innovative way of developing hydraulic and morphological models. The tax agreement is valid for 5 years and allows Svašek Hydraulics to give its strong innovative character an extra boost: thanks to the tax office there are more and better modelling concepts to come!

On April 18th, a unique run has been organised at Maasvlakte 2 (the expansion of the port of Rotterdam, the Netherlands) for the companies part of PUMA. Early April, the so-called compartment dam has been closed. This dam closes off the Prinses Alexiahaven, in order to temporarily decrease the water surface area of Maasvlakte 2, to simplify the closure of gap in the seawall in July. In October 2012, the compartment dam will be removed.

The run took place on a 7 km track around the entire Prinses Alexiahaven, thereby crossing the temporarily compartment dam, and on a 3.5 km track along part of the Prinses Alexiahaven. Svašek Hydraulics was represented by four employees on the 7 km run, and gained the first place, and besides the first women to cross the finish. On the 3.5 km run, Svašek Hydraulics was represented by one employee, who gained the second place.

Since 2006 Svašek Hydraulics is part of the PUMA and is involved in the design process and construction aspects of Maasvlakte 2.

Read more about the compartment dam on www.maasvlakte2.com.

Walking or running for drinking water supply in Sudan? Register at www.walk4water.nl and come to Kootwijkerzand on Saturday 24th March! Svašek Hydraulics is proud to be a sponsor of this event. 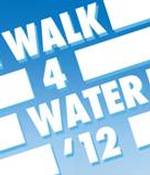